Volunteer, David Burton, talks to you about becoming a Litter Champion:

In a group or on your own, picking up litter is more than OK, it’s actually an enjoyable, safe and satisfying thing to do. Pick it up! It won’t hurt and nobody will laugh at you. Pick up some more litter, there’s lots of it out there.

Litter is a complex problem and there are no quick, easy solutions, it boils down to two key issues;   A significant proportion of the population still think it is OK to drop litter, a lot from cars, and hardly anyone picks it up.

Stopping people littering is very difficult.  Years of poster campaigns, TV adverts, and a few high profile prosecutions, have had little effect on littering behaviour. More resources are going into litter wardens and on the spot fines, but it is difficult to catch people in the act of littering. In the mean time, we need to do a better job of picking up litter. This is not something that can be left to Local Authorities to solve. We all need to get into the habit of picking up litter.

The five lamest excuses for not picking up litter

1) “I don’t see why I should pick up other peoples litter” A well known saying is “All that is necessary for the triumph of evil, is that good men do nothing” and that’s what is happening right now. By default we are allowing the people who drop litter to win because we can’t be bothered to do anything about it.

2) “It’s the councils job” That is a good attitude to take if you like paying Council Tax. In England and Wales Local Authorities already spend hundreds of millions of pounds of our taxes on picking up our litter. Getting to grips with litter would require a significant increase in this amount. The truth of the matter is that local councils cannot solve this problem on their own. This is something we can do and should do for ourselves.

3) “It’s dirty” Not true. It’s no dirtier than a little light weeding – just wear some gloves. How dirty can you get just picking up a can of coke?

4) “It’s demeaning” Yes, you may feel a bit self-conscious at first. But the feeling lasts about 5 minutes. People won’t think you are nuts and your friends will still speak to you. Be Brave! Getting started litter picking can be a bit daunting – it does feel a bit embarrassing at first. My advice is just go for it – the feeling of embarrassment soon passes. And actually it’s quite important that people see you at it: firstly, so they know it is being done by a volunteer and not the council and secondly because seeing you pick it up will deter others from dropping litter.

5) “I might get hurt picking up something nasty” There is really very little risk. You very rarely come across anything dangerous or unpleasant. It is almost all plastic bottles, cans, crisp packets, cigarette packets and sweet wrappers. 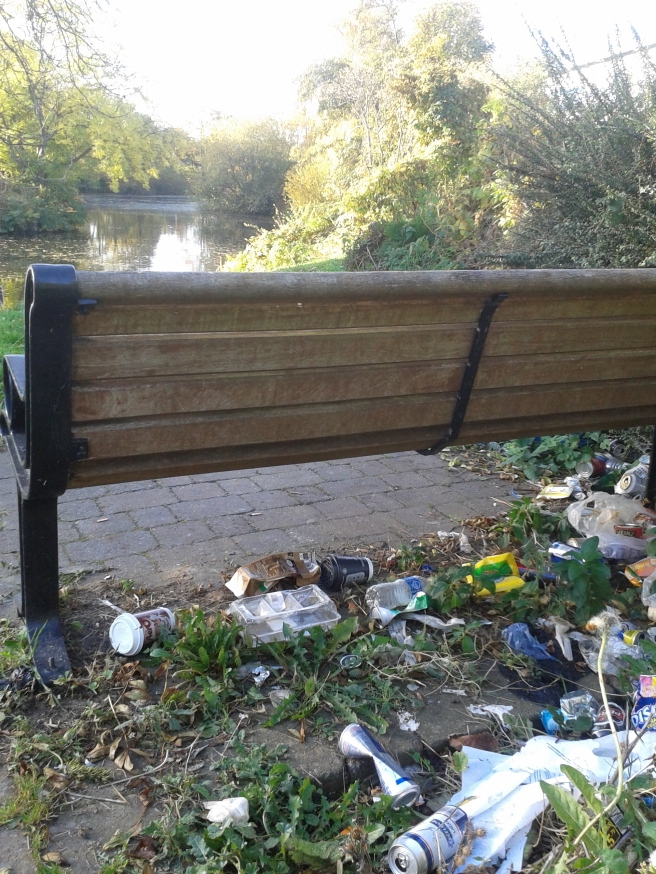 Five good reasons why you should go out and pick some litter.

1) It’s enjoyable! Honest it really is. It is a great excuse to get out in the fresh air, get some exercise and do something useful.

3) You’ll feel good! Litter picking is surprisingly rewarding. It’s very satisfying to look back on a clean, rubbish free area and know it is down to your efforts.

5) Your Town and countryside needs you! We live on a small, overcrowded island. We do not have so much open space and countryside that we can afford to trash it with litter. Today’s litter is very long lived, it does not rot or degrade in a hurry. If we do not pick this stuff up it will still be there for a long, long time. So go on, try picking up some litter

So, come on, join the litter pickers and help MAKE A DIFFERENCE 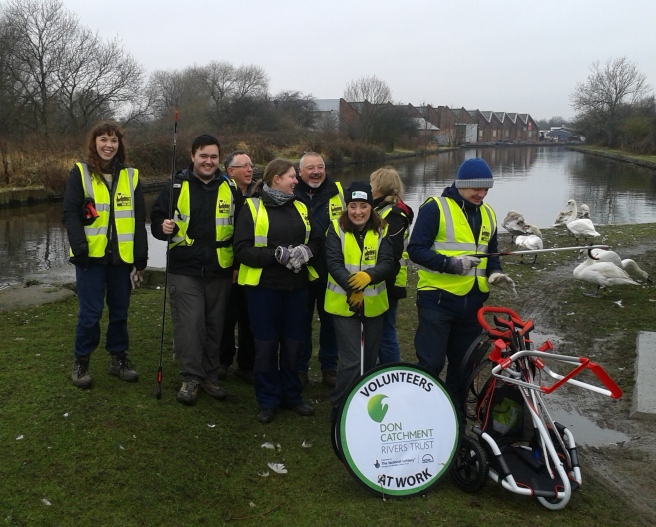