The Don Valley Way is a trail that stretches from the centre of Doncaster to the centre of Sheffield. It’s a whopping 29 miles in total and takes you through some fantastic areas that flourish with wildlife. Explore the geology of Sprotbrough, the history of Mexborough, the heritage of Sheffield and more!

The wildlife on this walk couldn’t be more varied. With many species of dragonfly, a whole array of birds, and if you’re lucky you might even see a grass snake! The range of plants along this trail is absolutely phenomenal, with red campion lighting up the greenery to garlic mustard creating aromas.

Here’s a few of my personal favourites from the Doncaster to Mexbrough section of the walk: 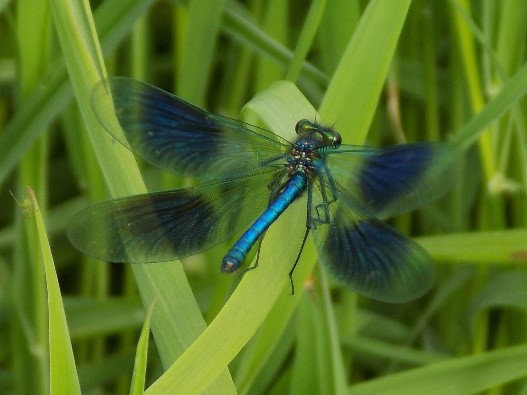 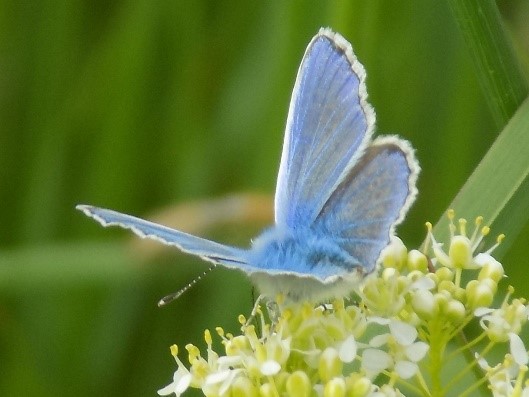 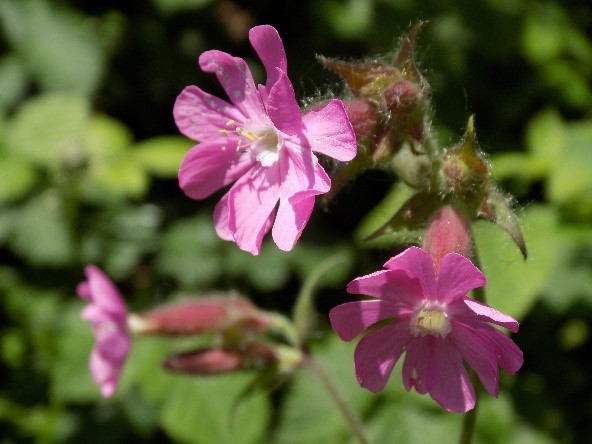 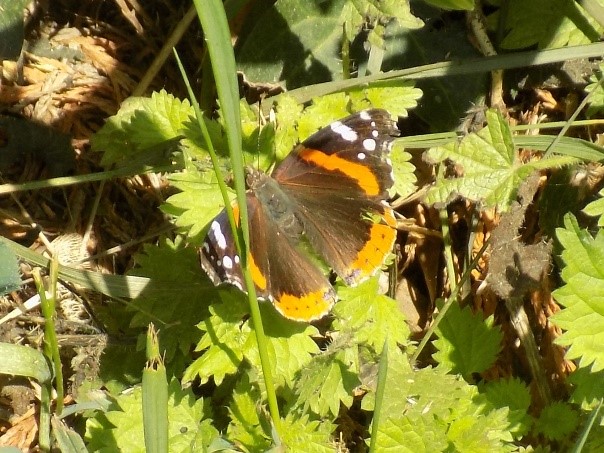 Red Admiral Butterfly (Vanessa Atalanta) – This species of butterfly has only had its name since 1799! It’s names before that have been Admiral, Alderman, Admirable and Scarlet Admiral!
Credit: Joshua Laidlow 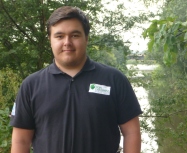 Wardsend Cemetery is a secluded and hidden spot of Sheffield, nestled on the edge of the River Don. Left without management for many years, Wardsend has a wild, over-grown and unexplored quality – a small haven for wildife in Sheffield.

The Don Discovery Bioblitz on the 10th August was the first Bioblitz event to take place at the Cemetery. Wildlife organisations, experts and scientists came together to show visitors how to survey, identify and record the wildlife on the site, with the aim of counting as many species as they could within one day. The grand total at the end of the day was an incredible 343 biological records of plant, fungi and animal (Bioblitz species list).

What is a biological record? A biological record documents the sighting of a plant or animal, in a place and at a time. A record includes four bits of essential information: the name of the person that  saw the species, what the species was, the location it was found in and the date it was seen – the Who, What, Where and When.

Collecting this information builds up a detailed picture of UK biodiversity. Combined, the biological records allows scientists to observe changing patterns in how different species live and behave. This is especially important for conservation as it helps scientists understand which species are in decline and need our help.

At the Don Discovery Bioblitz, Dr Deborah Dawson from the University of Sheffield and wildlife experts from Sheffield and Rotherham Wildife Trust and the Moors for the Future Partnership were on hand to tell visitors about the return of otters to the River Don and their work recording them. Camera traps placed along the river-side help to record the otters activity along the river at night, when they are most active. The group also survey the river itself, climbing down the steep banks to look for otter footprints and spraints (droppings). 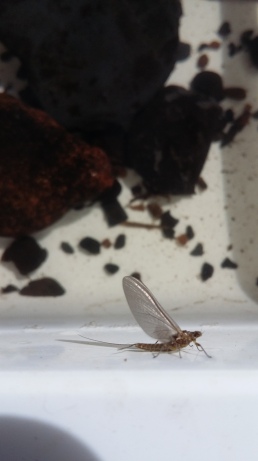 The Friends of The Blue Loop sampled the water in the River Don for freshwater invertebrates – the tiny mini-beasts, insects and larvae that are found in the water. The river sample was rich with species, of stonefly and mayfly, indicating good water quality. Throughout the day many of the larvae left the water and emerged into their adult form, a transformation from a creature with gills to one with wings. Mayfly don’t live for long once they emerge (they are sometimes called day-flies) and are often caught and eaten by the fish in the water.

David Rowley and Bob Sedgwick from Don Catchment Rivers Trust spent the afternoon fly-tying. They showed visitors how to tie cotton and feathers to make fishing hooks which mimic the mayflies’ appearance and fool unsuspecting fish.

The day was filled with walks and talks by natural history experts. Chris Firth from Don Catchment Rivers Trust gave a talk about the history of fish and return of salmon to the River Don. Val and Bob Clinging from Sorby Natural History Society guided visitors on a mini-beast hunt around the cemetery. Ben Keywood from SRWT and Joe Margetts from Moors for the Future took visitors on a stroll down the River Don to hunt for bees and butterflies – they recorded 10 species of butterfly.

Bioblitz guests were also able to try and catch insects themselves using insect nets and pots. One of the favourite finds of the day was a Devil’s coach horse beetle, which rears it’s whole abdomen in the air when it feels threatened. A beautiful banded long horn beetle, Leptura quadrifasciata, was also spotted at the end of the day by the river. 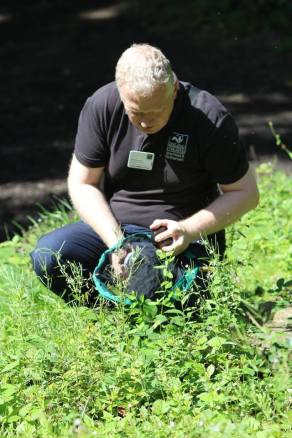 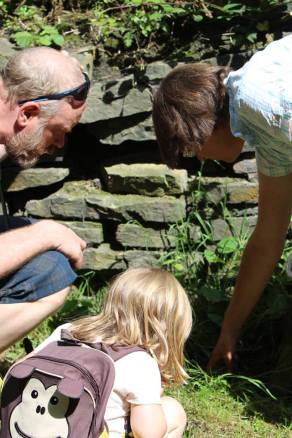 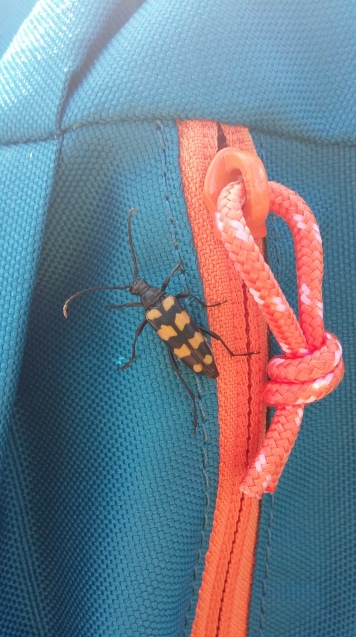 At the end of the afternoon, Matt Duffy from DCRT took guests on a bird-walk along the river Don, where dippers, king-fisher and heron are often seen. The last walk of the Bioblitz was a bat walk with Alistair McLean, Natural Sciences Curator from Museums Sheffield and Kate Denton, a bat expert from the University of Greenwich. Kate showed the guests a Soprano pipistrelle bat specimen, one of the tiniest species in the UK (the size of a thumb!). Alistair explained to guests how to identify bats with bat detectors, which turn the bats’ high pitch sonar calls into sounds audible to human ears. 5 species of bat were recorded and we were lucky enough to see rare Daubenton’s bats fly inches from the water’s surface; a special feeding behaviour they use to catch their insect prey. 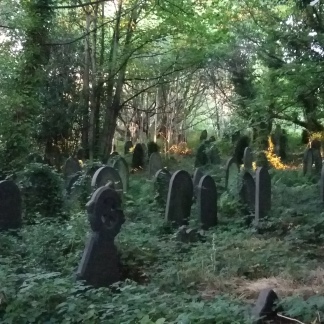 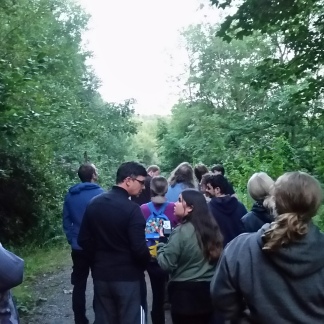 At the end of the Bioblitz, scientists and visitors had worked together to record an incredible 234 species at the Wardsend site.