Hello, Matt here. Just thought I’d do a post about something that happened recently whilst we were out on a volunteer day. We were litter picking along the River Rother in Canklow when we came across an inlet to the main channel that was discoloured (grey), smelled unpleasant and had rags of material caught up in it (see pictures below). 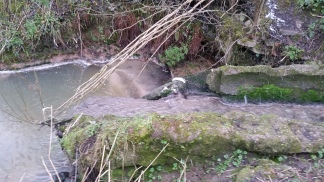 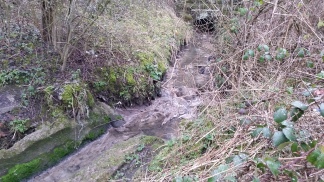 I called the Environment Agency with the location and details of what I had seen and they gave me a reference number for the report and said they’d look into the incident. A week later I received a call back from an EA officer saying that they found it to be a Yorkshire Water combined sewer overflow (CSO). Yorkshire Water were unaware of the issue as the telemetry indicator was not working and said they would fix the problem.

Anyone can report such incidences as this which can in turn help improve water quality and the general health of the river environment. Together we can report deliberate and non-deliberate sources of pollution and be the eyes to the authorities that have the power to implement changes.

If you see any of the following: