2019 marks International Year of the Salmon, and what a start to the year it has been! Multiple adult salmon have not just been found in the River Don but show evidence that they have spawned. Whether the conditions will be right for their young to survive and thrive is unclear, but the long awaited return of the salmon run to Sheffield’s rivers may not be far away…

Salmon divide their lives between salt and freshwater. As adults they live in the ocean, but will migrate from as far away as Greenland to return to UK rivers, including the Don to lay their eggs and start the next generation.

Life in the redd
For the eggs that have been laid in the river Don, they begin their journey buried in protective nests of gravel called redds, which are created by the spawning females. Cool, river water flows over the redds, oxygenating the incubating eggs for around 100 days. The newly hatched fish, or alevin, are less than 2cm long and rely on a nourishing yolk sac until they are ready to disperse from the redd as salmon fry.

Emerging at night
Fry avoid lurking predators by leaving the safety of the redd at night. Dispersing downstream, each fry finds a suitable territory which they will defend from other fish as they feed and grow. They develop stripes and markings on their scales as they grow into the next life-cycle stage, parr. Some of the salmon will remain parr for several years, growing slowly in the river Don’s waters before migration to sea.

Migration to sea
The changes involved in the next stage of the life cycle, migration downstream to the ocean, gives the salmon their name Smolt. The smolt undergo changes to their physiology, body shape and colour. Small and silvery, they have lost their parr-marks and have become less visible to predators. If our river Don salmon make it to this life-stage, they will band together and travel downstream in shoals, their behaviour changing ahead of life in the oceans.

Known as post-smolts, the salmon that make their way to the North Sea are swept to nursery areas, rich in food. As they grow they travel great distances.

The Homing Instinct
Using their excellent sense of smell, salmon can navigate back to the river they were born in. A small amount of salmon don’t have this natural instinct and stray to other rivers, allowing re-population of other rivers where salmon have been lost. On reaching the Humber estuary the salmon begin to migrate upstream, leaping spectacularly over obstacles along the way.

Salmon return to freshwater at any time of the year but may wait in freshwater pools for over a year before spawning in late autumn. They don’t actively feed during this time, surviving off reserves of fat built up at sea, but sometimes instinct mean they will go for a well presented angler’s lure!

Spawning
Females migrate to the spawning sites first where they begin to make their redds, lifting and flicking gravel with their tails into position. Their pheromones attract males and soon the adult salmon pair up. The males have become colourful, developing a red belly and a distinctive hooked lower jaw, called a kype, to attract females from other males. Female pheromones attract males to their redds and work to synchronise mating, the female releases her eggs and the males fertilise them.

The majority of Atlantic salmon, which would have exhausted their fat reserves during the long migration, die after spawning. However, a small proportion, mostly females, survive and return downstream as kelts to feed and recover in coastal waters, building up fat reserves for another migration.

This year was the final year of the 3-year Living Heritage of the River Don project and what a year it has been. I’ve picked out some of the highlights to share with you.

We’ve worked with 19 fantastic school, education and scout groups this year during our LHRD and Brelms Trust project and have taught hundreds of children how to look after their river! Pupils have created miniature aquariums for mayfly larvae, helped stop pollution going down drains, used a microscope and litter-picked by the river. 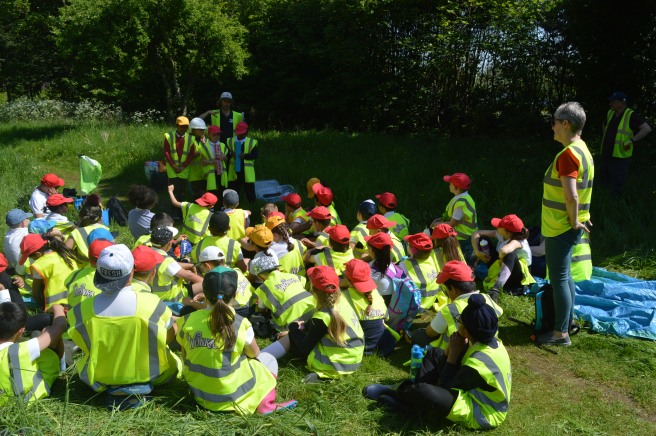 The first was at mural project in Doncaster, working with artist Chris Swain, where young people learnt street art skills and brightened up a rather grey wall a Crimpsall Sluice.

For our next project we worked alongside street artist Faunagraphic at Holmes Lock, restoring a vandalised wall along the Don Valley Way. The wall features creatures and plants that can be found along our waterways. 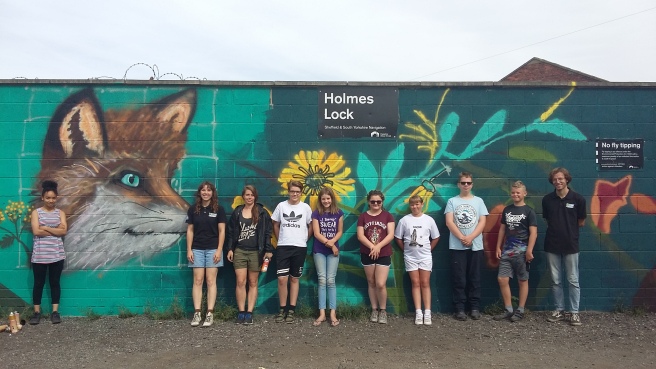 For our final project we worked in collaboration with Site Gallery and award-winning artist Eelyn Lee who led art students from the Sheffield College to create a film and exhibition of work about the river Don and Wardsend Cemetry. The River Project: Categories of Life and Death was exhibited for a week at Site Gallery and was accompanied by a special outdoor screening in the Cemetery itself! 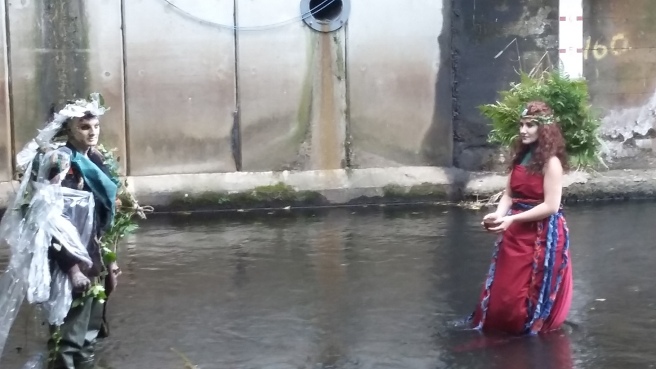 We’ve worked with 143 volunteers to remove 1644 plastic bags, 13 trolleys, 58 tyres, 17 traffic cones, 11 bikes, 5 prams and 5 TV’s from the rivers in Sheffield, Rotherham and Doncaster. We’ve been improving several ‘hotspot’ areas by installing benches, bins and new information boards to teach passers-by about the history and wildlife of the Don. 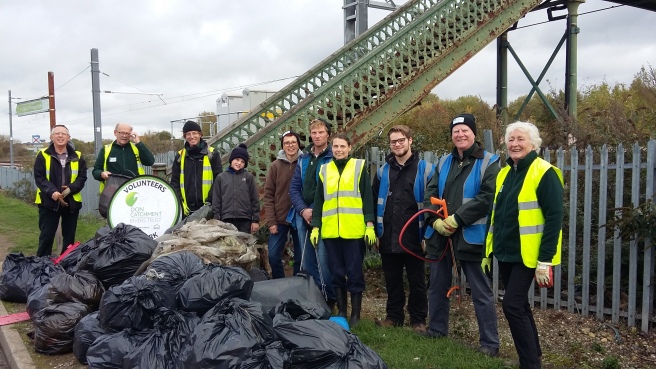 Thanks to all those that dedicated their time by attending volunteer days, meetings and training. Our volunteers have contributed 1122 hours to improving the river Don and Don Valley Way this year and some of them have even organised their own litter picks! We hope you continue to work with us in 2019 and on our new project. 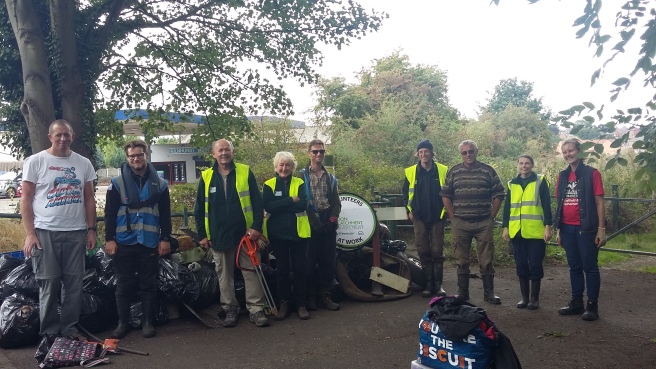 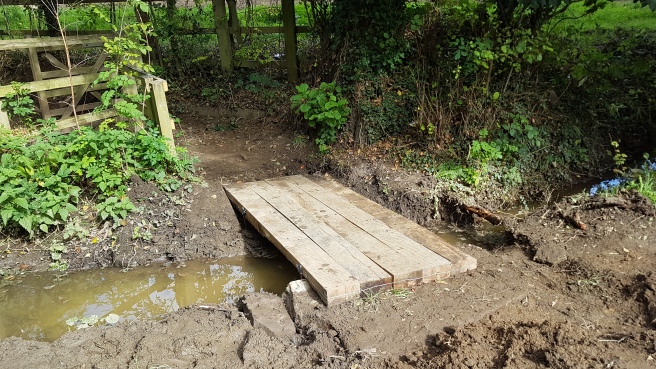 This project started in December 2017 and was funded by grants from the Don Network and Yorkshire water. The project was ran by our Project Assistant Matt Duffy. During the project we removed obstacles to fish migration, created in-stream habitats and reinstated marshland along the river Moss. You can read more about this project here. 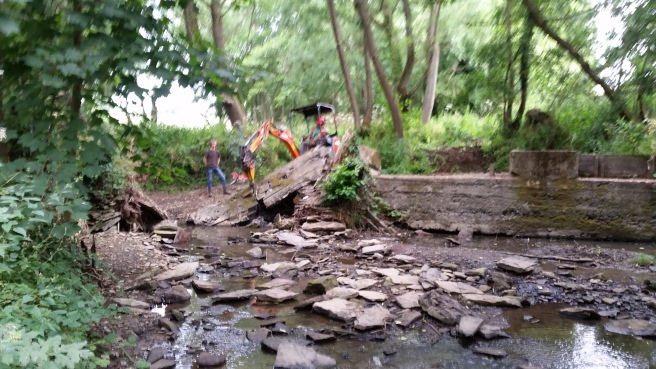 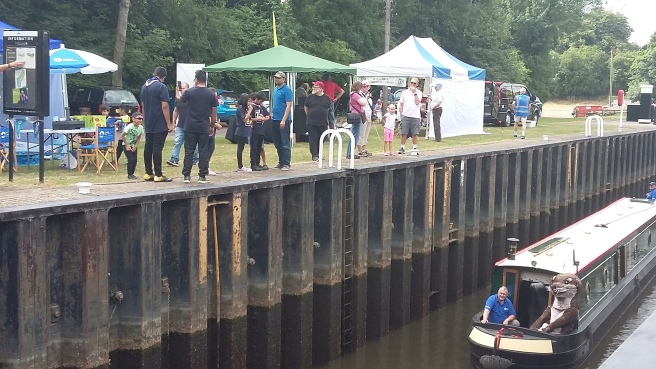 We’ve really enjoyed partnering up with the Canal & Rivers Trust, Shanks, Friends of Wardsend Cemetery, Sheffield and Rotherham Wildlife Trust and many other organisations on our community events in 2018. 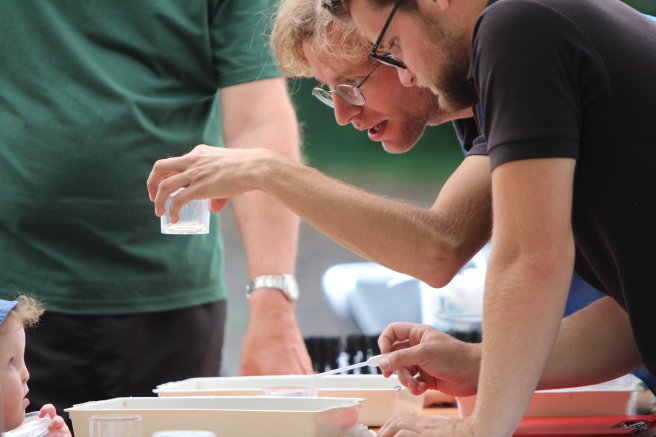 We hope these events will continue to grow so look out for them in 2019.

I have been working at DCRT for the last 15 months but my Apprenticeship is now drawing to a close. In the time I have been with the trust I have learnt a lot and loved every second with my role. I have learnt lots of skills that will be useful in my future career and have gained lots of useful qualifications as well. But the best part of working in the DCRT team is that we are all passionate about the river and surrounding environment and we all work hard to try to improve it as much as we can. Working with our amazing volunteers is great to, its good to meet people who give up their time to help improve the world for other people without gaining anything but each others friendship. So in conclusion coming to work for the trust is the best decision I ever made. 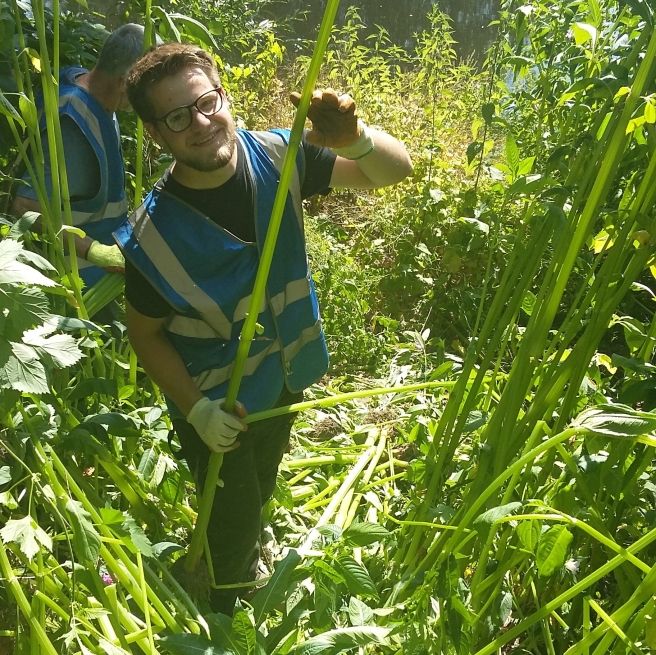